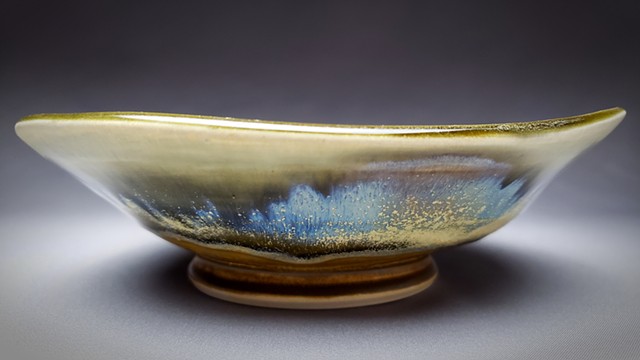 Lauren Rogers is a studio potter and educator based out of Wilmington, NC. She produces wheel thrown functional pots inspired by the rolling shapes and evolving pallet of the ocean. Her pottery can be found for sale in various shops and galleries around the Port City; in addition, she regularly attends and sells at markets and festivals across Eastern North Carolina.

Outside of producing and selling her own line of work, Lauren also stays active in her local clay community. She teaches an advanced throwing class at Pineapple Studios, as well as at the Leland Cultural Arts Center. Lauren is a member of the cooperatively run gallery, Port City Pottery & Fine Crafts; and is the Vice President of the Coastal Carolina Clay Guild.

In 2012, Lauren earned her BFA in Ceramics and BS in Interpersonal Communications from East Carolina University. In 2015, she was a recipient of the Regional Artist Project Grant, which allowed her to purchase her first kiln and propelled her production to the next level. Lauren's work was featured in the January 2016 issue of Our State Magazine; she won Best in Show at the 2017 American Craft Walk, and Best in 3D at Piratefest 2018. Then in January 2020, Lauren also gained recognition in the Arts issue of the Cape Fear's premier women's magazine, Wilma.